Vung Tau is a coastal city in southern Vietnam, in the province of Ba Ria-Vung Tau. Vung Tau means "bay of boats" in the local language. This stunning site is located on a small peninsula 120 kilometers south of Ho Chi Minh City. This city is the oil center of Vietnam.

Famous for two extensive beaches, including Bai Sau and Bai Trước with fresh seafood, good weather and tranquility, Vung Tau is an ideal place to escape the hustle and bustle of the city as well as enjoy a few days of vacation after hectic wok. It is highly recommended that foreign tourists should choose Vung Tau to spend their Vietnam private tour. Imagine you can sit on the beach with the locals, bask in the sunshine and eat freshly caught seafood, it's absolutely worth it.
Vung Tau's best climate is from November to April, when the dry season avoids heavy rainfall, although it tends to get hot around the end of April until May. Only when the heat becomes unbearable, the rains come and provide constant daily rains from May to October. The coldest climate occurs during December and January.

Tourists also have chances to pay a visit to some historical sites in this city. For example, coming to Bach Dinh, the impression left in the hearts of visitors is the green of nature, plants, flowers, fresh air and the ancient white color of the building. Over 100 years, but White Palace still retains its charm, elegance and solemnity.The Museum of Antique Arms opened its doors in early 2012. It is home to 500 human-sized mannequins, wearing beautiful uniforms, representing images of warriors from around the world. gender in many periods; more than 1,200 guns, 1,000 ancient swords and many other rare collections. 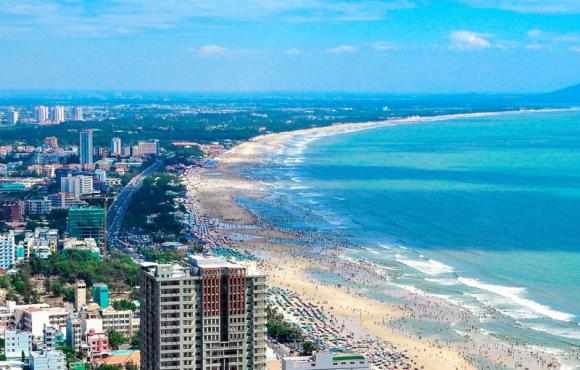 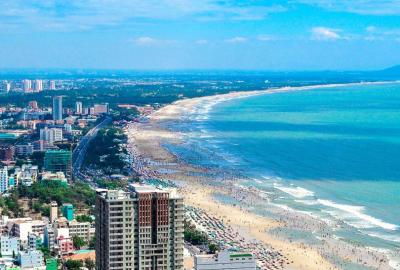