Vientiane is the capital of Laos and the name is thought to have two possible derivations: ‘the city of sandalwood’ or ‘the city of the moon’. Either way with just over half a million residents, it is the smallest capital city on South East Asia and possesses considerable charm. Located on the banks of the Mekong River, the city offers a mix of ancient gilded Buddhist temples, French colonial architecture and excellent strolling opportunities along it’s peaceful river front. An evening drink watching the sunset over the water is a must.

Pha That Luang - The Pha That Luang, meaning "Great Sacred Stupa", is the most sacred monument of Laos and the national symbol. You find it on the national seal, Lao currency and countless other places. If you visit the capital, the Pha Thai Luang is a must-see.

With a total height of 147.6 feet, the splendid structure was constructed on three levels with a soaring stupa surrounded by 30 small stupas, all covered by gold leaf to demonstrate the grandeur and splendor of the kingdom. Legend has it that the temple was built as a Hindu temple in the 3rd century to hold the breastbone of Lord Buddha but was remade in the 13th century as a Khmer temple which fell into ruin. However, during the Siamese invasion the stupa was destroyed again and was reconstructed in 1930s based on the drawings of the original. Thus the stupa gives a breathtaking insight into the history and culture of Laos. Illuminated at night, it's even more splendid.

Travel to Laos in November, when Lao's most important Buddhist festival - the Boun That Luang Festival is taking place in Vientiane, mainly at the That Luang, visitors will see throngs of pilgrims coming to pay homage to the stupa. And colorful celebrations are held such as parade, live music and religious ceremony.

BUDDHA PARK (XIENG KHUAN) - Buddha Park, also known as Xieng Khuan is a sculpture park located 25 km southeast from Vientiane, Laos in a meadow by the Mekong River. Although it is not a temple (Wat), the park may be referred to as Wat Xieng Khuan since it contains numerous religious images.The name Xieng Khuan means Spirit City.The park contains over 200 Hindu and Buddhist statues.The socialist government operates Buddha Park as a tourist attraction and public park.

PATUXAI VICTORY MONUMENT - Patuxai Victory Monument is a war monument in the centre of Vientiane, Laos, which was built between 1957 and 1968. The Patuxai is dedicated to those who fought in the struggle for independence from France. Tourists can climb to the summit for panoramic to have a broader view of Vientiane.

WAT SI MUANG - Wat Si Muang was built in 1563, which is a Buddhist temple in Vientiane. Located near the eastern entrance to the city centre, on the road leading from the Friendship Bridge to Thailand, the small temple was built on the ruins of a Khmer Hindu shrine, the remains of which can be seen behind the ordination hall. 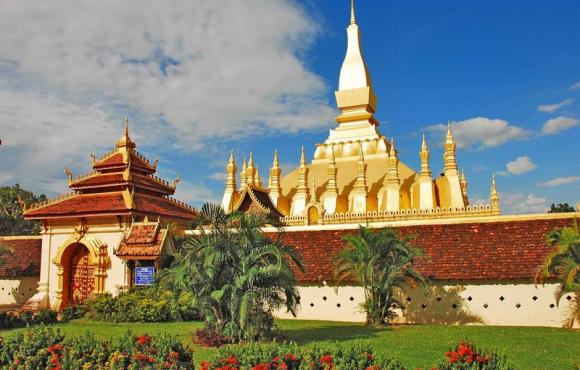 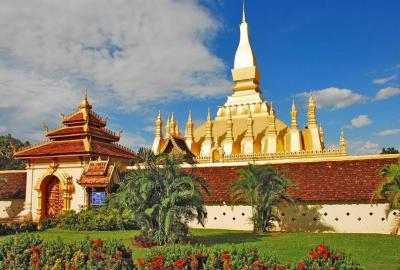 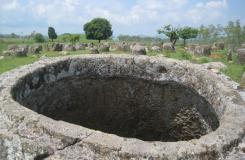 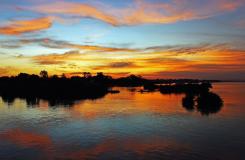 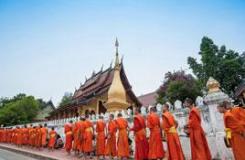 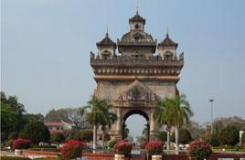 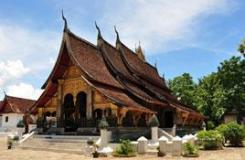 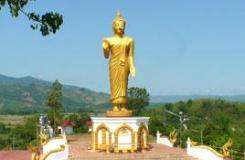 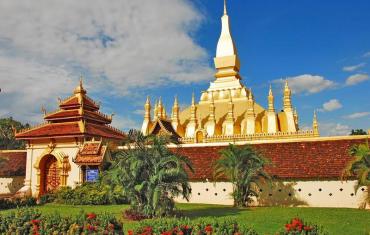 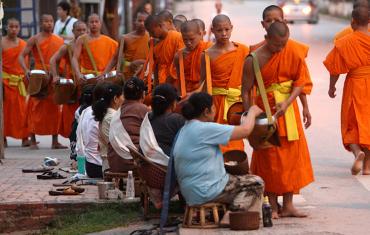