Dien Bien isfamous for the Dien Bien Phu victory and many historical sites of this epic battle. In addition to the tourist sites bearing historical vestiges such as hills A1, C1, Do Cat tunnel ... Dien Bien is also home to a dozen beautiful and pristine destinations, which can seduce tourists having enthusiasm with historical relics.

Coming to Dien Bien Phu, you can pay a visit to some well- known locations like A1 Hill. Having been credit as one of the most honored historical sites in Vietnam, A1 is a 49m high hill located on a hill range in the east of Muong Thanh. During the war, France chose this place as a base, put a lot of firepower here to bombard our troops.

Another destination for tourists to discover in their Vietnam customized tour is the bunker of the Dien Bien Phu stronghold (also known as the De Cat bunker). This was the place where General Do Cat of the French colonialists lived, worked and directly commanded the battle of the French colonialists with our army and people. The tunnel is located in Muong Thanh Field, built extremely solid with iron arches, wooden planks, sandbags, dense barbed wire fence. Currently, the tunnel is almost inact and becomes an attractive tourist destination of Dien Bien.

If you are more nature lover and want to come closer to the lush green, Pá Khoang Lake and Hua Pa hot spring can be your ideal spots. Pá Khoang is situated in a valley in the middle of the mountains of Dien Bien Province. From the center of Dien Bien Town, you only need to go about 20km to get to Pa Pa Khoang, which has extremely rich flora and fauna and poetic scenery, with a clear blue lake next to the forests. Meanwhile, Hua Pe hot spring is located about 5km from the center of Dien Bien town. The spring water here always has a temperature of about 60°C and contains many valuable minerals, which is extremely good for your health.

You also can come by Pa Thom cave (or Tien Hoa cave). This cave is located in Pa Thom commune, Dien Bien, about 5km from the center of Dien Bien city. Particularly, in the middle of the entrance was a giant stone like an elephant's head hanging down. The depth of the cave is more than 350 m running to the South. The cave has 9 large and small arches, about 20 m wide. The entrance to the cave's door is three large blocks of horizontal rocks lying like a giant python that separates the cave and forms two entrances. Deep inside, visitors will be fascinated by the fanciful beauty of the stalactites, each stalactite is a different image with iridescent colors 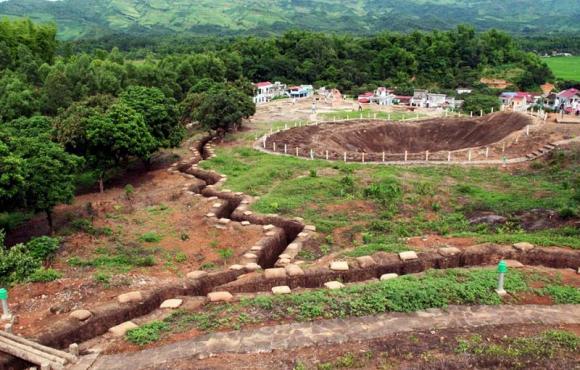 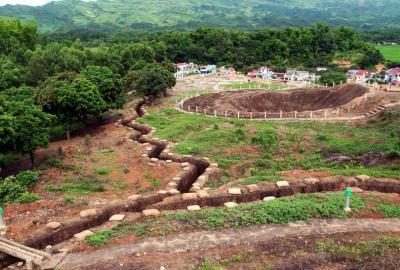